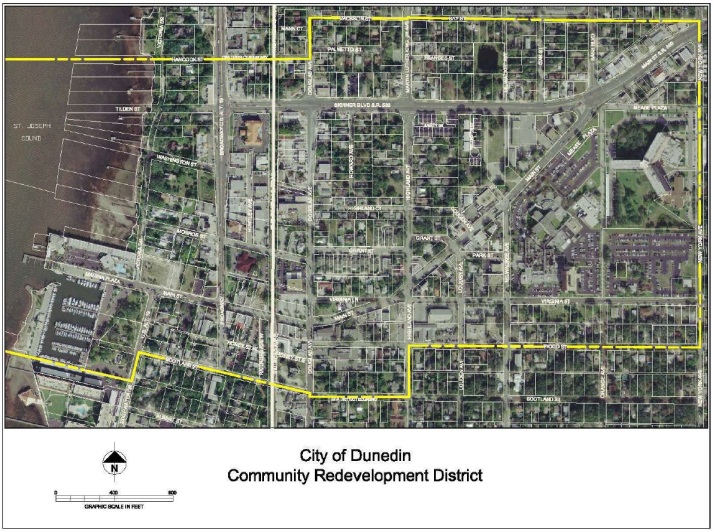 Click below on link to CRA's in Pinellas County

In May 1988, the City of Dunedin adopted a resolution creating the Community Redevelopment Agency (CRA) and established the District comprised of 217 acres and approximately 550 parcels.

The primary goal of the City of Dunedin is to provide a tool through the Community Redevelopment Agency (CRA) that will guide private and public initiatives for creating economic development, improved physical characteristics, encourage investment in downtown Dunedin, improve the quality of life for residents, and establish a framework for the proper evolution of the CRA District.

CRA Meetings
The CRA holds periodic meetings to help guide the direction of community redevelopment. Meetings are held at City Hall, 542 Main Street. Updated meeting times for the Community Redevelopment Agency (CRA) and the CRA Advisory Committee can be found by clicking on the City Government Calendar. 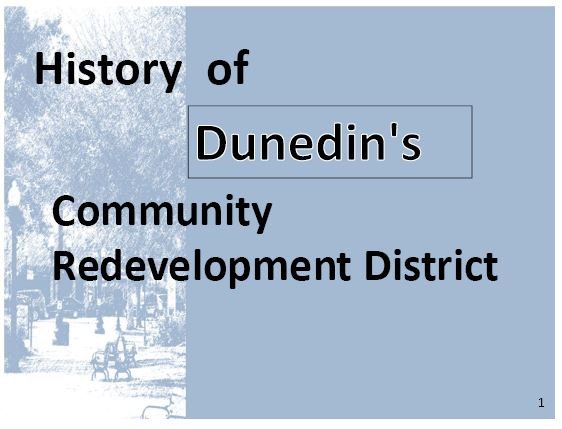 Click photo above for more information on the History of the CRA.