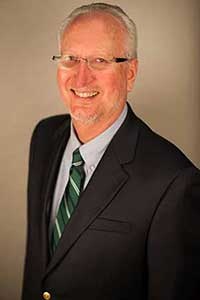 Douglas Hutchens was hired in October, 1986 as Assistant Director of Public Works & Utilities. 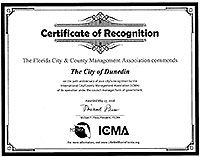 At the May 19, 2016, City Commission meeting, the city received a commendation from the IMCA, (International City/County Management Association) in recognition of 90 years of our city's management of a council-management form of government.