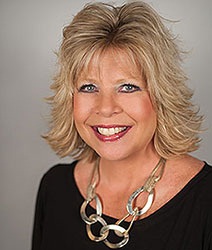 There has been a nice shift in the weather so you can tell fall is coming.  I think cooler weather is always welcome for us die hard Floridians!  But fall also makes me think about our upcoming annual Celtic Music Festival in November.

Our Scottish Heritage runs deep in Dunedin.  We were founded by Scots!  We have kilt wearing students who play the pipes and drums in our schools, a world championship City Pipe Band and we have a number of Scottish/Celtic organizations that keep the heritage alive.  We also have a 50+ year Sister City relationship with Stirling, Scotland.

Over the years, we have done exchanges with Stirling to keep the relationship going.  We have exchanged historical artifacts/displays and hosted Stirling’s Provost for our Highland Games week.  In 2014 a delegation of Dunedin folks from our Historical Museum, several of our Commissioners and our DHS Pipe Band went over to celebrate our 50 year anniversary.  And of course, our City Pipe Band travels to Glasgow for the world championship pipe and drum competitions.  But it has been since 2005 that a Mayor has traveled to Stirling.

In an effort to promote our Scottish Heritage and keep our Sister City relationship strong, a delegation of 20, including Dunedin business owners, myself and our City Manager traveled to Stirling this past summer for five days.  And what an enlightening cultural experience it was!  When you get exposed to the “real” Scottish culture, you certainly see all the things we are doing right.  But you are also exposed to things that will help us expand our cultural connections.

First, and really overwhelming, is the historical experience.  Dunedin was established in 1899, with some of its first residents coming here in the early 1800’s.  But Stirling has existed since the Bronze Age, some 3,000 years ago.  You can see churches and monuments over 1,000 years old.  This really made Dunedin’s Historic Preservation Ordinance along with the collection of Dunedin’s history at our Historical Museum more precious.  I think we sometimes forget just how young our country is as compared to other places so it is critical that we preserve our legacy and who we are.

We visited Stirling Castle and the National William Wallace Monument, along with the Bannockburn Battle site (all of which are preserved by various Stirling Non-Profits).  I cannot even imagine how much money it costs to keep these magnificent historical landmarks up but they do and they are treasured.

Stirling Council hosted a morning reception in our honor.  We met with the Provost and several Council members and discussed tourism.  Similar to Pinellas County, tourism is one of their top industries.  They are riding a tourism “high” right now due to what they call the “Outlander” affect.  For those of you who do not know, the Starz movie channel hosts a series by this name, much of which was filmed in Scotland.  They are considering implementing a “bed tax.”  This is a tax that gets tacked on to hotel rooms that ultimately gets spent on marketing the destination and building capital projects that attract tourism.  We spoke about how successful this has been in Pinellas County and are exchanging documentation on our program so they have a guideline.

We also met with their City Executive, the equivalent position to a City Manager, School Superintendent, Economic Development Team Leader and their Recycling Team Leader.  We were able to see the operations of their government as compared to ours and share best practices.

We were able to spend some time visiting some of their sports and recreational facilities too.  The Peak Centre and Sports Village is one of their premier recreational facilities.  It has an indoor pool, a work-out gym, a gymnasium, a stadium and a professional curling ice rink.  Notably the Peak Centre is the home of the National Curling Academy and the Stirling Albion, a Scottish Professional Football League Club.  We are very excited for the Provost to visit Dunedin and see our professional sports facilities for the Toronto Blue Jays and Spring Training.

We also visited the Smith Stirling Art and History Museum and met with their director.  The Museum was founded in 1874 through a bequest of artist Thomas Stuart Smith, on land supplied by the Burgh of Stirling.  It is an historic public-private partnership which has continued to the present day.  It houses fine art along with historical artifacts for the area.  Sound familiar?  It truly is a combination of our Dunedin Fine Art Center and Dunedin Historical Museum.  And they enjoy a similar partnership with the Stirling Government as ours does with Dunedin‘s Government.  We hope to foster some exchanges of exhibits to allow for both sets of residents to learn more about each other.

We met with a delegation from the Forth Valley Chamber of Commerce at the very impressive Stirling University Innovation Park.  They had a number of small local businesses that came to meet with us and are interested in trying to get their products into our shops.  Just recently, they reached out and are interested in sending over a trade delegation from both the Forth Valley Chamber and the Ayrshire Chamber to meet with our Dunedin Chamber, local businesses and possibly attend our Highland Games week.  We are very excited about this connection.

And finally, we attended the Bridge of Allen Highland Games!  First, let me just say that I am so proud of our Dunedin Highland Games and all the people who put them together.  It is one of the main funding sources for our local pipe bands.  And I am equally proud to say that after seeing their authentic games and music program, we have learned from the best!

This exchange has been very valuable to our community, and we will be working hard to make long-lasting connections between our two cities for years to come.  I would especially like to thank the business community for spending their own hard earned money to join our delegation.  It never ceases to amaze me how supportive the people of Dunedin truly are.