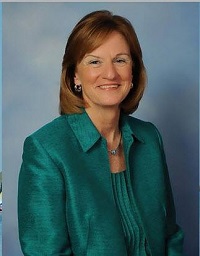 Maureen “Moe” Freaney was elected to the Dunedin City Commission in November 2016.

She has lived in Dunedin since 1984.  She currently works as a management consultant.  Prior to this she had over 31 years of professional and government experience.  She has been an Assistant City Manager for Dunedin, an Assistant County Administrator (overseeing areas such as Countywide EMS, 911 Center, Convention and Businesses Bureau, Economic Development, etc.), Director of Pinellas County Health and Human Services (including Veterans Services) and Director of Pinellas County  Animal Services to name just a few of her professional experiences.

Moe is a graduate of Kent State University in Kent, Ohio.  She holds a Bachelor’s degree in Criminal Justice Studies and a Master of Business Administration degree from Kent State.  In addition, she holds an Associate in Risk Management designation from the Insurance Institute of America.  Moe currently serves on the Dunedin Fine Arts Center Advisory Board, Mease Manor Community Advisory Board and Clothes to Kids Advisory Board.  She is also a lifetime member of The Dunedin Friends of the Library.  She is a graduate of Leadership Pinellas (2003) and Tampa Bay Partnership’s CEO Direct Program (2009).

During Moe’s time as Commissioner, she has served as Dunedin’s liaison to:

In her spare time, Moe enjoys fitness, singing and puppetry.

Moe is a proud Dunedin resident.  She is honored to serve this community as a Commissioner.