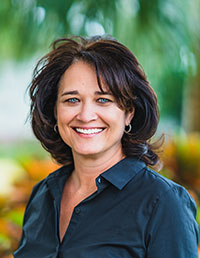 Heather Gracy, Dunedin native, is currently serving a second term as a Commissioner for the City of Dunedin (2016–2020), (2012–2016). She was appointed Vice Mayor in November 2014 and currently serves again as the Vice Mayor.

As a Dunedin elected official, Heather serves as the City Commission’s liaison to: Dunedin Scottish Arts Foundation; President, Suncoast League of Cities (2017-2018) and (2018-2019); Member of Board of Directors of Florida League of Cities (FLC) and Pinellas Suncoast Transit Authority (PSTA). Heather has provided a monthly City of Dunedin update and perspective on all City business to the Dunedin Beach Civic Association since 2014.

She was the City Commission’s liaison to Pinellas County Schools (2014-2018), in that role she held quarterly city meetings with Principals in Dunedin for all public, charter and private schools and served on the School Transportation Safety Committee on behalf of Forward Pinellas.

As a Dunedin City Commissioner, Heather is committed to maintaining Dunedin’s coastal character and charm through responsible environmental policies centered on the thought that “our environment is our economy.” She enjoys serving the needs of her community and making Dunedin better for tomorrow. Heather and her husband Drew feel fortunate to raise their family in Dunedin, where parks and trails, shorelines, culture and community involvement intersect to provide a high quality of life.

Additionally, Heather has been an active community volunteer in Dunedin, having served as Chair of the School Advisory Council (SAC) (2008-2011), the Saints & Sinners Ball (2010-2012), and Oktoberfest Fall Festival Food Tent (2005-2011) at Our Lady of Lourdes Catholic School. She coached Varsity and Junior Varsity Basketball and Softball at Our Lady of Lourdes School and Youth Basketball, YMCA of the Suncoast (2005-2007); Kimberly Home Pregnancy Center Gala Planning Committee (2010-2011); Dunedin Youth Guild, member (2005-2006); and Doorways Mentor, St. Petersburg, Florida (1994-1996).

Prior to her work with the Dunedin City Commission, Heather spent nearly a decade working for a worldwide mutual fund company, Franklin Templeton with offices in St. Petersburg and Ft. Lauderdale. She began as a business writer handling correspondence on fund performance, completed her Series 6 License by the National Association of Securities Dealers (NASD) and transitioned into management, before moving into a legal analyst position.

Heather ended her career at Franklin Templeton Investments so that she could raise her children and provide support to her husband as he began his career as a new attorney with the Peebles & Gracy Law Firm. Besides running her family household and being a City Commissioner, she helps manage family owned Dunedin rental properties.

She earned her Associate of Arts degree from St. Petersburg College and a Bachelor of Arts in English from Florida State University. Having grown up in Dunedin, Heather received her high school diploma from Clearwater Central Catholic High School.